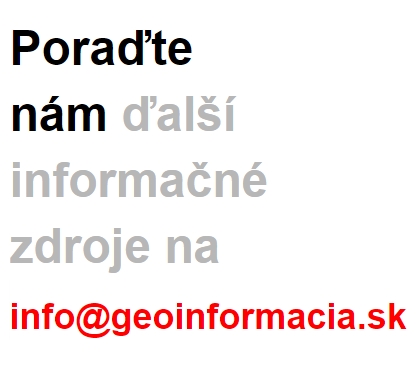 Just 9 minutes and 23 seconds later, the Fregat upper stage carrying the payload will separate from the Soyuz third stage, and conduct a pair of engine burns separated by an approximately three-hour ballistic coast phase.

Three hours and 47 minutes after launch, the Galileo satellites will separate into free-flight orbit, 23 522 km above Earth. On board each satellite, an automatic sequence will be triggered, switching the spacecraft on, booting up the onboard software, deploying a pair of solar arrays and orienting the spacecraft toward the Sun.

Europe’s latest two Galileo satellites have been placed on top of their Soyuz launcher, ready for their ride to orbit tomorrow.

Europe’s latest two Galileo satellites have been placed on top of their Soyuz launcher, ready for their ride to orbit tomorrow. Follow the flight of the fifth and sixth Galileo satellites on Friday 22 August. Streaming resumes to cover satellite separation on 16:03 UTC/18:03 CEST

Europe’s latest Galileo satellites have been sealed within their launch fairing, atop the Fregat upper stage that will carry them into their final orbit. Friday 22 August sees the launch of the first of the rest of the Galileo constellation. A new video explains Galileo's next phase

Final functional testing of Europe’s twin Galileo navigation satellites has been completed at Europe’s Spaceport in French Guiana, on track for launch this Thursday.

New video: Galileo towards the future

The special significance of next Thursday's launch for the Galileo system as a whole is highlighted in a new ESA video, including an interview with Didier Faivre, the Agency's Director of the Galileo Programme and Navigation-related Activities.

Call for Media: Press briefing on launch of Galileo satellites 5-6

The next satellites in Europe’s Galileo satellite navigation system will be launched on 21 August, ushering in the system deployment phase and paving the way for the start of initial services. Media are invited to take part in an audio briefing on Wednesday, 20 August.

Galileo’s post-launch team at ESA have finalised their preparations for taking control of the twin satellites being launched next month.

Galileo: it’s all about the time

Europe’s Galileo satellite navigation system – the combination of satellites in space and stations on the ground – forms a planetary scale timepiece. Current testing shows it keeping very good time indeed – around 10 billionths of a second on average. Billions of satnav position fixes are performed daily, but determining your place in the world using Europe’s Galileo system is quite new. So ESA offered to issue certificates for the very first 50 Galileo fixes – provoking responses from across the whole world. This video explains the completion of Galileo's In-Orbit Validation phase, and what happens next

Students still have time to join the ESA International Summer School on GNSS, taking place in the Czech Republic this July. The 10-day course will cover all aspects of satellite navigation, up to and including the creation of a satnav-based business. Technology image of the week: This is how a satellite makes its exit from ESA's test centre Europe’s latest Galileo navigation satellite has arrived at the Agency’s technical centre in the Netherlands for testing, as the previous two satellites are prepared for shipping to French Guiana for launch this summer. Galileo: following the trail of the dragon-ships

Results are being processed from the first Galileo maritime trials outside of mainland Europe. The long-range, high-latitude testing spanned the North Sea, following the same historical sailing route that Viking dragon-ships used 1200 years ago.

Future Galileo navigation satellites might adopt electric propulsion to reach their final orbits, with the weight savings offering larger payloads and a broader range of services in the 2020s.

The latest addition to Galileo’s worldwide ground infrastructure has been made in the mid-Atlantic, on Portugal’s Santa Maria island in the Azores. As they bathe the ground below them in test navigation messages, Europe’s Galileo satellites are kept alive by the Sun.

To mark the first anniversary of Galileo’s historic first satnav positioning measurement, ESA plans to award certificates to groups who picked up signals from the four satellites in orbit to perform their own fixes.

Plans to harness Galileo and other satnav systems for next-generation satellite augmentation systems for aviation and other high-performance uses took a significant step forward at the latest gathering of worldwide operators and experts. With the first Galileo services set to begin this year, ESA is working directly with European manufacturers of mass-market satnav chips and receivers to ensure that their products are Galileo-ready. The in-orbit validation of Galileo has been achieved: Europe now has the operational nucleus of its own satellite navigation constellation in place

The in-orbit validation of Galileo has been achieved: Europe now has the operational nucleus of its own satellite navigation constellation in place – the world’s first civil-owned and operated satnav system. For the first time, Europe has been able to determine an aircraft's position using only Galileo

ESA’s Galileo satellites have achieved their very first aerial fix of longitude, latitude and altitude, enabling the inflight tracking of a test aircraft.

Galileo out of vacuum ESA’s newest Galileo satellite has emerged from five weeks of simulated space conditions: Friday saw a hatch slid open to end its thermal-vacuum test, a milestone on the way to orbit.

As Galileo takes shape, as well as offering precision navigation and timing services around the world it is also shaping up to become a promising tool for science.

Galileo put to the test Europe’s next Galileo satellites have been the focus of a busy autumn at ESA’s technical centre in the Netherlands, continuing a full-scale test campaign

A testing time for Galileo satellites headed to space

Europe’s next pair of Galileo satellites have been the focus of a busy autumn at ESA’s technical centre in the Netherlands, continuing a full-scale campaign to ensure their readiness for space.

A small but revolutionary motion sensor worn by athletes has scored a big win in this year’s European Satellite Navigation Competition. Proposed by the ESA Business Incubation Centre start-up company Kinexon, it provides accurate, realtime information on an athlete’s condition. ESA’s completion of a pair of dedicated ground stations at opposite ends of Europe has enabled Galileo satellites in orbit to participate in global testing of the Cospas–Sarsat search and rescue system. Galileo given its voice Meet the Norwegian company whose equipment is giving Galileo FOC its voice, plus its search and rescue capability